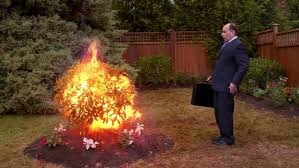 Have you ever come across seriously heavy traffic and you don't know what is causing it up ahead? I have, the last time this happened, it was because of an accident on the road. I was in a taxi and the traffic was slow because some cars were stopping to look at the scene of the accident.

The vehicle I was in also stopped and some people went out to see the scene, but I chose to stay and look away.  In a short while I gathered my courage and decided to turn aside and see. It was a horrific sight, just what I feared dead bodies everywhere . What is the Lord saying?

The bible in Exodus 3:4 KJV says "And when the Lord saw that he turned aside to see, God called unto him out of the midst of the bush, and said, Moses, Moses. And he said, Here am I." Moses was minding his business much like we keep minding our own daily businesses. These days a burning bush is not a special sight; in fact some areas are prone to so many veld fires that they have become a norm. In the same way, adultery, crime, bribery, poverty, oppression and corruption have become a norm, we have become desensitized to them.

The Lord is saying today that bushes are burning everyday and everywhere around us, at every street corner, hospitals, prisons and even in our communities and families. God is not interested in temporary / half measures. Moses could sense that something was wrong even before the Lord called him.  The bible says: "And it came to pass in those days, when Moses was grown, that he went out unto his brethren, and looked on their burdens: and he spied an Egyptian smiting an Hebrew, one of his brethren. And he looked this way and that way, and when he saw that there was no man, he slew the Egyptian, and hid him in the sand." This act performed by moses was not addressing the real problem. It was a step in the right direction perhaps, an emotional response to a deep spiritual problem. It's not enough to throw R10 to the homeless or go to church and pray once a week.

I have been quiet on this issue of Blessers and Blessees, I think it’s time I gave my view on #Blessed. See, a month or so ago, the Lord ... 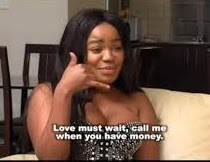